Perhaps not everybody knows that there are natural pearls produced by highly rare molluscs, which have a very different colour and appearance to the pearls we are used to seeing. Today almost all of the pearls on the market, the ones that we see in shop windows or that are worn by our friends, are cultivated pearls, that is ones produced by molluscs but with the involvement of humans.

Depending on the type of mollusc, we can have the traditional distinction between freshwater pearls, seawater pearls, Australian pearls and Tahitian grey pearls. As such, when we talk about natural pearls today (i.e., formed spontaneously in the mollusc, as a response to the presence of a foreign body) we often think of the ones you can admire in museums or at auctions of antique jewellery.

As previously mentioned, there are also different types of highly rare and little-known pearls which are also produced by molluscs without the involvement of humans like Melo Melo pearls, and Conch pearls.

In both cases, we are talking about calcareous concretions produced by the mollusc in response to  the intrusion of an irritant inside of it; we are therefore dealing with unique and extraordinary natural gems.

The Melo Melo pearls are produced by a giant snail (the Striped Melo Melo, to be precise) which lives in the waters of China. They are generally of a medium-large size, they can measure from  8 to 40 mm, and have oval to round shapes. The colours of Melo Melo pearls go from dark brown to orange -which is the most sought-after colour. Like Conch pearls, the colour of these pearls tends to fade over time.

Conch pearls are produced by the Strombus Gigas mollusc which lives in the Caribbean Sea. They are usually small and have a baroque oval shape. They are generally pink, yellow, brown or white. The most sought-after colour is salmon pink or pink-orange. A main feature of the colour of Conch pearls is the flame structure in the colour, a sort of intense luminescence running on their surface  that makes them unique. Although there have been numerous attempts to cultivate this type of pearl, to date, no-one has managed; therefore, if you happen to see a jewel of this type, you can be sure to have a gemmological rarity in front of you! 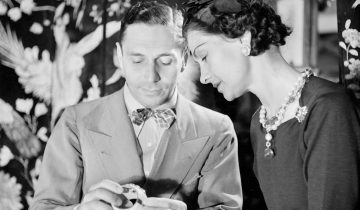 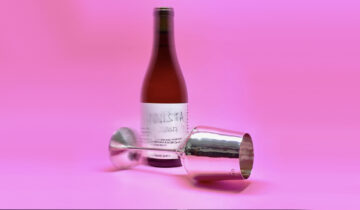 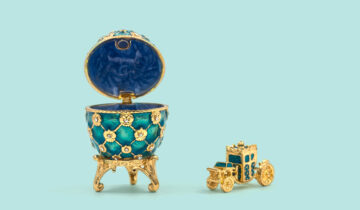 The House of Fabergé